Suicide. Admittedly, this is a hard, uncomfortable and sensitive subject to approach in conversation. There is still quite a bit of stigma and shame shrouding the topic, which makes it difficult to discuss openly.

But people are starting to talk more about the issue. In particular, celebrity deaths, including Robin Williams, Anthony Bourdain, Kate Spade, Caroline Flack, and Tim Bergling (Avicii) have sparked dialogue on what has traditionally been a taboo subject. These conversations are helping to chip away at some of the harmful stigmas and misunderstandings surrounding suicide. As a result, our culture is becoming increasingly determined to build awareness around circumstances that lead to suicide in an effort to prevent suicide from becoming a choice for their friends and loved ones.

While we should be prepared to address the issue year-round, this month provides a more focused opportunity to raise awareness, connect struggling individuals with the resources they need, share stories of healing, and continue the effort to normalize conversations involving suicide.

How Many People Die By Suicide Each Month?

Suicide is a leading cause of death in America.

According to the National Institute for Mental Health, in 2020 suicide was the 2nd leading cause of death for people ages 10-14 and 25-34 but affects all ages. When you consider the ripple effect a suicide has on the individual’s family and friends, the number of those affected increases dramatically.

But, there are effective methods of prevention that anyone can use when concerned about the mental health of a loved one.

The Signs and Struggles of Suicide

In general, there is often an increase in:

Behavioral changes may include:

*Be especially mindful if the person you are concerned about purchases a weapon.

If someone has shown these types of behaviors for a period of weeks and suddenly says that everything is okay, or they seem unusually positive, then they may have made a decision to end their life. If you see some or many of these signs, it’s time to share your concerns with your loved one.

Myth: many people fear that bringing up the topic of suicide will put the “idea” into someone’s mind if it was not already there before.

QPR disproves this and encourages people to start these types of conversations.

How to Speak to Someone Who is Thinking About Suicide

“You seem awfully upset. People who are as upset as you seem to sometimes wish they were dead. Have you ever felt that way of wishing you would not wake up?”

It’s important to be direct. Honest discussion of what may be an anxiety provoking or scary topic that comes from a place of caring shows the person that others are not afraid to listen to their pain. In fact, it reflects empathy.

When bringing up your concerns around possible suicidal behaviors, remember to talk with the person in a safe and private place. This promotes openness and trust. If you’ve noticed cryptic messages on social media, bring those up and ask the person what they mean. You may even start by telling the person how you interpreted their message, and then open up the door for their response. Allow the person to talk freely and do not react with judgment.

Someone you care about may even outright confide in you that they are thinking about committing suicide. Similar to the situation above, you need to be direct but caring. Instead of being confrontational, demonstrate your support and genuine concern.

These moments aren’t just happening in adult conversations. More and more school-age children and young adults are struggling with feelings of depression and anxiety that, increasingly, has led to suicide attempts and completed suicides.

How to Talk to Kids About Suicide

My best advice for talking with children and youth about these feelings, or really anything that is causing them emotional pain and discomfort, is to not be afraid to broach the topic.

It’s as simple as asking your child how he/she is feeling. Share with them any changes in behavior you may have noticed and then ask them if anything is wrong. One of the ways you can “normalize” this conversation is by using age-appropriate language and letting the child know that their feelings are okay and it is okay to talk about them. By setting the stage in this way, you are creating a safe and trusting space for future conversations.

If you notice a loved one displaying some of the depressive behaviors described earlier, be aware that there is a difference between suicidal ideation and simply wanting to “turn off for a few hours.” The latter feeling usually means that a person just wants to take a break from the stress of whatever is going on in their life at that particular time. It doesn’t necessarily suggest that they want to permanently “turn off” or end their life.  Suicidal ideation is thinking about literally wanting one’s life to end and, for some people, then making a plan to do so.

Suicide Statistics Based on Age, Gender, Race, and Sexual-Orientation

Other high risk groups include adolescents, American Indian and Alaska Natives, as well as LGBTQ+ youth. In a 2017 study published in The Journal of the American Medical Association (JAMA), of 16,000 youth, 40% who identified as LGBTQ+ stated that they had contemplated suicide versus 15% of youth who self-identified as heterosexual. In the same study, 25% of LGBTQ+ identified youth stated that they had attempted suicide versus 6% of the heterosexual-identified youth.

At HopeWay, our clinical and medical professionals assess for suicide risk at several points throughout each client’s treatment.  During the intake process, our talented Admission Specialists gather important clinical information from the potential client, their family and friends, previous medical records, and even the person’s current mental health provider. They are specifically looking for current and past suicidal and self-harming behaviors.

Then, during the comprehensive bio-psychosocial assessment, the Admission Specialist completes a nationally used suicide screening tool called the Columbia Suicide Severity Rating Scale (CSSRS). This tool gathers information on current and past suicidal thinking, plans, and actions along with assessing for the presence of important protective factors such as family support, employment, children, and spiritual beliefs regarding suicide. If the information obtained suggests that the person is high risk, they are instructed to go to a local emergency room or are connected with a crisis center.

From that point, each time a client meets with their psychiatrist they are assessed for potential safety risks. In addition, HopeWay’s staff stringently follow our suicide risk assessment policy and respond accordingly to keep clients safe.

Finally, as treatment nears completion, clients are educated about their discharge plans, including a relapse prevention plan that outlines the necessary steps to take in the event they experience thoughts of suicide in the future.

The most important thing to remember for anyone struggling with mental health challenges is that they don’t have to face this on their own. If you or someone you know needs support, reach out to HopeWay.

If you are in crisis, don’t hesitate to call the National Suicide Hotline at 988.

Sometimes it just takes one conversation to save a life. You and those you care about are worth it. 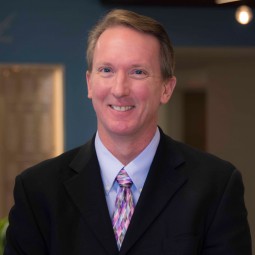 Dr. Tom Gettelman, Chief Clinical Officer, has over 25 years of experience in residential, PHP, and IOP facilities for children, adolescents, teens, and adults. He has held positions such as Vice-President of the Mindy Ellen Levine Behavioral Center and Mecklenburg County’s representative on the North Carolina Commission for Mental Health, Substance Abuse, and Developmental Disability. In addition to serving as HopeWay’s Chief Clinical Officer, Dr. Gettelman serves on the board of Davidson Lifeline, as well as the Governance Committee for the Teen Health Connection. Dr. Gettelman received his bachelor’s degree in psychology from the University of Wisconsin-Milwaukee and his Doctorate degree in clinical psychology from the University of South Florida.

Get Help at HopeWay
Editor’s note: This blog post is presented for informational purposes only and is not meant to diagnose or treat any illness. If you have any health concern, see a licensed healthcare professional in person.