We are currently accepting admissions into our Residential, Partial Hospitalization and Evening Intensive Outpatient Programs. To inquire about services or make a referral, please contact the Admissions Team at 980-859-2106 or by submitting an Inquiry Form here.

To aid in social distancing, we are offering virtual morning IOP and afternoon IOP is currently suspended. For more information, click here. Thank you for your understanding and interest in HopeWay! 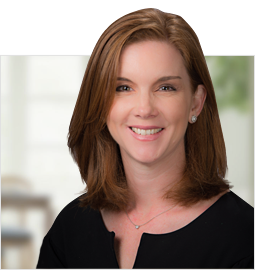 As Director of Development & Marketing, Emily continues her 17-year career at HopeWay after serving as Director of Advancement for Trinity Episcopal School since 2012. In her role, Emily oversees HopeWay's fundraising and marketing programs.

In her leadership role at Trinity, Emily served on the Senior Administrative Team and managed the Advancement department where she oversaw all marketing and fundraising operations for the school. While there, Emily led strategic planning and capital campaign efforts and grew their annual giving program. She also led a strategic overhaul of the marketing plan for the school, implementing a content marketing strategy and producing the school's first magazine.

Prior to Trinity, Emily was a Major Gifts Officer at Davidson College after serving as Director of Major Gifts and Director of Church Relations for Montreat Conference Center in Montreat, NC from 2002 until 2011. She began her fundraising career at The Peace Center for the Performing Arts in Greenville, SC.

Emily earned her bachelor of arts degree at Mary Baldwin College in Staunton, VA. After spending most of her childhood in Charlotte, Emily considers herself a native and happily returned "home" to the Queen City in 2011 with her son and daughter.